World No Tobacco Day(WNTD) -May 31 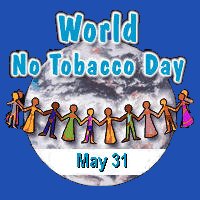 World No Tobacco Day (WNTD) is observed around the world every year on May 31.It is intended to encourage a 24-hour period of abstinence from all forms of  Tobacco Consumption across the globe.

Each year, the WHO selects a theme for the day in order to create a more unified global message for WNTD.

In 1988, Resolution WHA42.19 was passed by the World Health Assembly, calling for the celebration of World No Tobacco Day, every year on May 31.

In 1998, the WHO established the Tobacco Free Initiative (TFI), an attempt to focus international resources and attention on the global health issue of tobacco

In 2008, on the eve of the World No Tobacco Day the WHO called for a worldwide ban on all tobacco advertising, promotion, and sponsorship. The theme of that year’s day was Tobacco-free youth; therefore, this initiative was especially meant to target advertising efforts aimed at youth.

Sand Sculpture created by sand artist Sudarshan Pattnaik during an awareness campaign on the eve of World No Tobacco Day, at the Bay of Bengal coast in Puri, Orissa 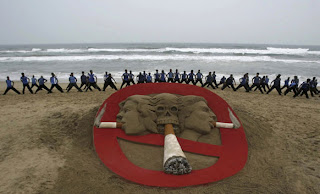