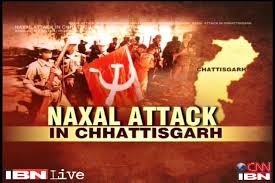 Claiming responsibility for the brutal attack in Chhattisgarh on May 25,2013 Maoists on Tuesday said the act was a revenge for the "atrocities done by the Salwa Judum".

In a statement, Gudsa Usendi, spokesperson for the Dandakaranya Special Zonal Committee, CPI(Maoist), alleged that both ruling BJP and opposition Congress in the state are equally responsible for anti-people policies. "That is why senior functionaries of Congress were targetted 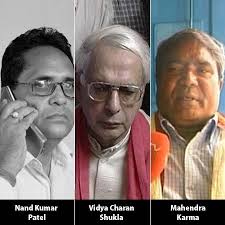 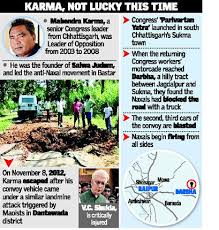 "Nand Kumar Patel was suppressing people. It was in his tenure in the Centre when paramilitary forces were deployed in the Bastar area. Mahendra Karma and his family have been exploiting tribals for long. They were into land grabbing and committed atrocities on tribals," the statement further said. 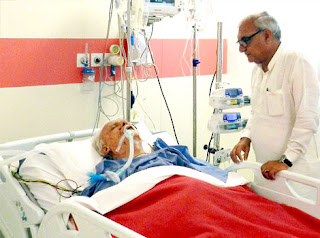 The prime minister Dr Manmohan Singh has strongly condemned the horrific attack and offered all kinds of assistance to state Chief Minister Raman Singh. He is due to visit the injured on Sunday May 26,2013 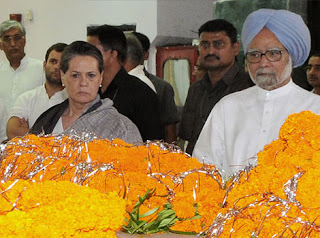 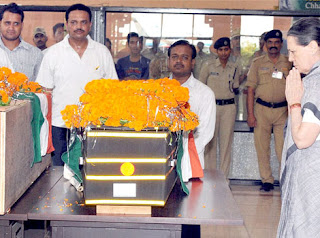 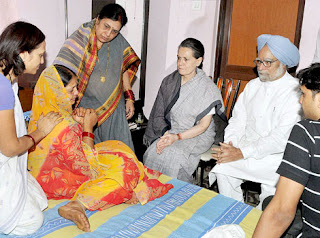 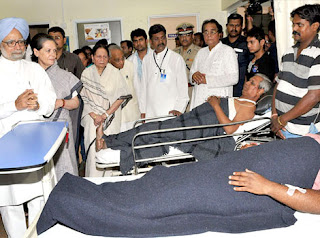 The National Investigation Agency (NIA) team, which took over the probe, is in Chhattisgarh and will begin its investigations

Chhattisgarh Chief Minister Raman Singh admitted  that there were serious security lapses that may have led to the attack.