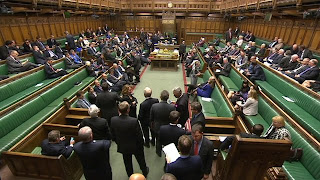 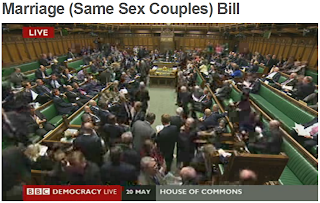 MP's who opposed the bill are -
MPs debated several amendments prior to the third reading vote .Today’s vote comes almost 25 years to the day after Parliament passed the shameful section 28, which stated that “a local authority shall not intentionally promote homosexuality or publish material with the intention of promoting homosexuality” or “promote the teaching in any maintained school of the acceptability of homosexuality as a pretended family relationship”.
Section 28 was not repealed until 2000 in Scotland and 2003 in England and Wales 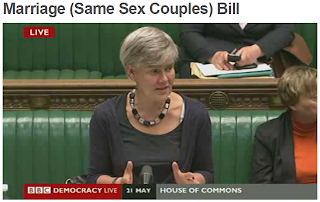 David Cameron hopes it will become law soon, with the first ceremonies taking place by next summer.

The bill, if passed, will allow same-sex couples, who can currently hold civil ceremonies, to marry.
Posted by kmhouse at 3:01 AM