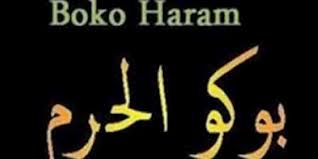 People Committed to the Propagation of the Prophet's Teachings and Jihad
better known by its Hausa(one of Africa's largest spoken languages after Arabic, French, English, Portuguese and Swahili) name Boko Haram, is a Jihadist Militant Organisation based in the northeast of Nigeria

The group's official name is Jama'atu Ahlis Sunna Lidda'awati wal-Jihad, which in Arabic means "People Committed to the Propagation of the Prophet's Teachings and Jihad".
But residents in the north-eastern city of Maiduguri, where the group had its headquarters, dubbed it Boko Haram.


Boko Haram is an Islamist movement which strongly opposes  Man-made Laws and Modern Science . Founded by Mohammed Yusuf in 2002 the organisation seeks to establish Sharia inNigeria.The group is also known for attacking Christians and bombing churches

Boko Haram promotes a version of Islam which makes it "haram", or forbidden, for Muslims to take part in any political or social activity associated with Western society.
This includes voting in elections, wearing shirts and trousers or receiving a secular education.

Mohammed Yusuf, formed Boko Haram in Maiduguri and set up a religious complex, which included a mosque and an Islamic school. Many poor Muslim families from across Nigeria, as well as neighbouring countries, enrolled their children at the school.But Boko Haram was not only interested in education. Its political goal was to create an Islamic state, and the school became a recruiting ground for jihadis to fight the state.