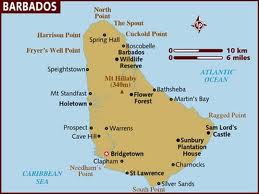 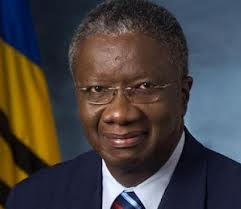 Freundel Jerome Stuart of Democratic Labour Party(DLP)  is the current and 7th PM of Barbados in office from Oct 23,2010 succeeding David Thompson who died of pancreatic cancer on October 23, 2010
In the 2008 Barbados Parliamentary Election DLP won 20 of the 30 directly elected seats and the Opposition Barbados Labour Party won 10 seats
The Parliament of Barbados is Bicameral -
The Senate(Upper House)made up of 21 Senators 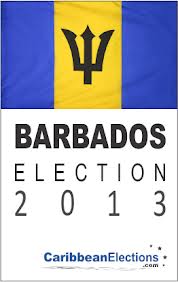 The governing Democratic Labour Party has retained power in Barbados in a tightly fought election.
The DLP, led by Prime Minister Freundel Stuart, won 16 parliamentary seats in the 30-member House of Assembly.
It is the second straight win for the DLP, following 14 years of government by the Barbados Labour Party under the leadership of former Prime Minister Owen Arthur, the current opposition leader.