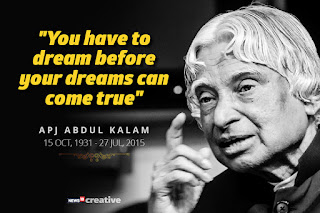 The nation on Friday paid homage to Dr APJ Abdul Kalam, who is fondly remembered as the 'People's President' and the 'Missile Man of India' on his third death anniversary.

Dr A P J Abdul Kalam, who had penned several books and inspired millions through his philosophy of 'simple living and high thinking', died due to a cardiac arrest while delivering a lecture at the Indian Institute of Management (IIM) in Shillong on July 27, 2015.

As an eminent scientist, educationist, author, visionary, philanthropist and orator, Avul Pakir Jainulabdeen Abdul Kalam donned several hats in his life. Fondly known as the 'missile man', he played a crucial role in the 1998 Pokhran-II nuclear tests. He was also associated with India's space program and missile development program.

After serving his full term as the President, Kalam did what he loved the most till he breathed his last – teaching.

In the honour of the late scientist and 'People's President', Prime Minister Narendra Modi had inaugurated the APJ Abdul Kalam Memorial at Rameswaram in Tamil Nadu in 2017

Dr A P J Abdul Kalam was very popular among the children and the country's youth and inspired them to think big in life. He also penned nearly 25 books, including India 2020: A Vision for the New Millennium, Wings of Fire: An Autobiography, Ignited Minds: Unleashing the Power within India, Mission of India: A Vision of Indian Youth.

Some of his most inspiring quotes 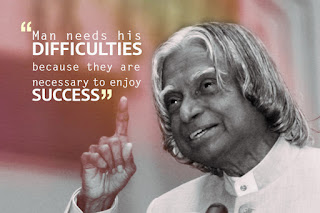 -"To succeed in your mission, you must have single-minded devotion to your goal."

-"If you fail, never give up because FAIL means "First Attempt In Learning"

-Creativity is seeing the same thing but thinking differently

-"Failure will never overtake me if my determination to succeed is strong enough."

-"All of us do not have equal talent. But , all of us have an equal opportunity to develop our talents."