Some of the most super-enthusiastic fans spotted in the stadiums and on the streets of Brazil have been women.

Battling the baking heat in host country of Brazil, the female fans are enjoying plenty of attention for their skimpy – but very patriotic - outfits, complete with colourful wigs, team scarfs and plenty of face paint.

We may only be 14 games in to the 2014 Fifa World Cup,Unsurprisingly female fans are attracting almost as much attention as the football itself 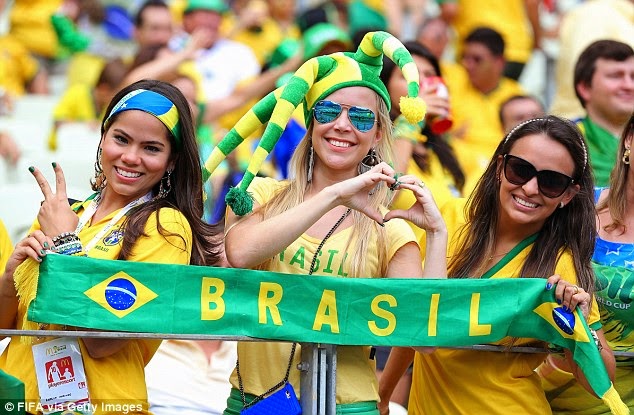 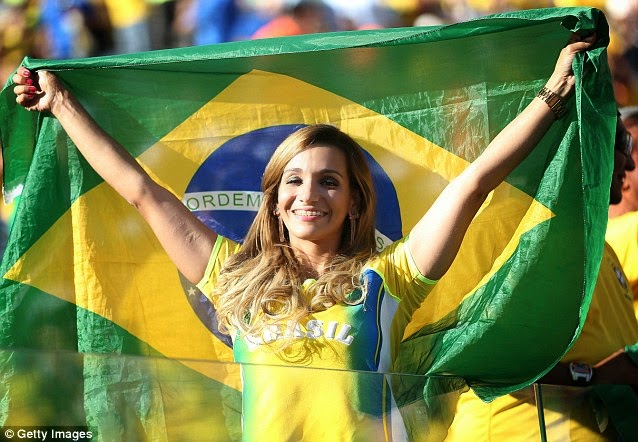 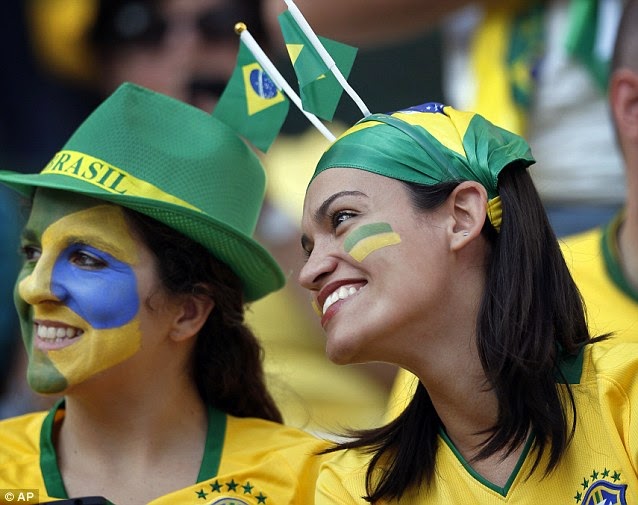 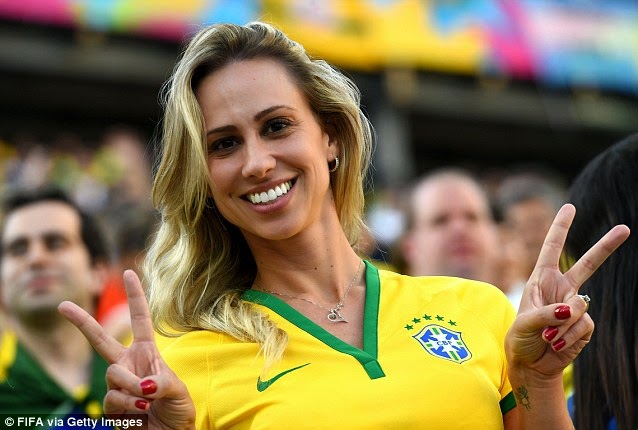 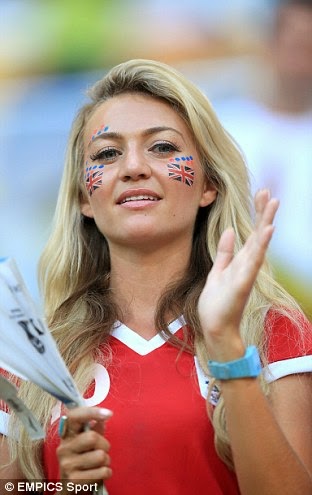 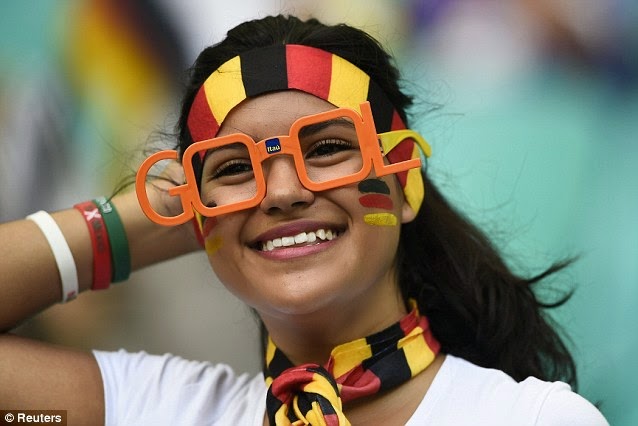 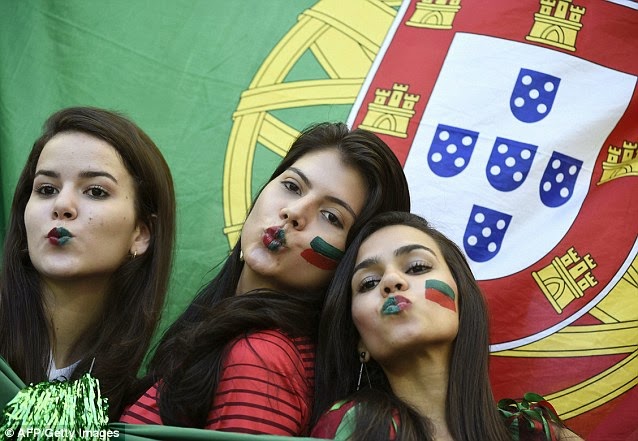 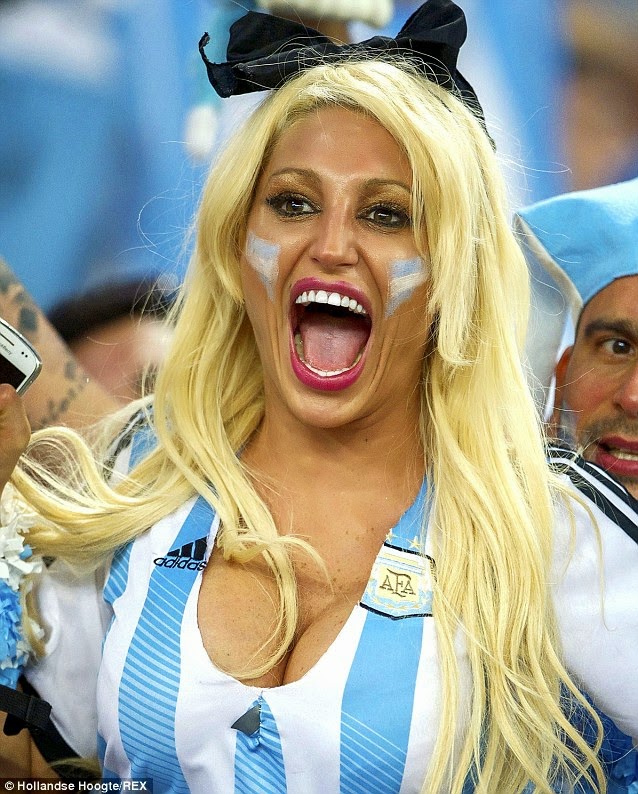 Chile's fans watch a Group B football match between Chile and Australia at the Pantanal Arena in Cuiaba during the 2014 FIFA World Cup on June 13, 2014 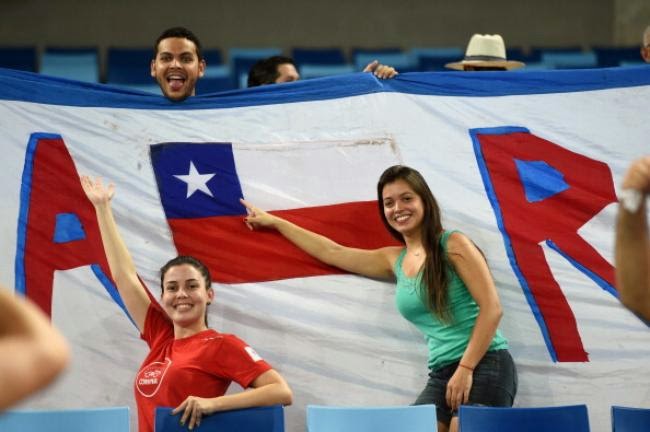 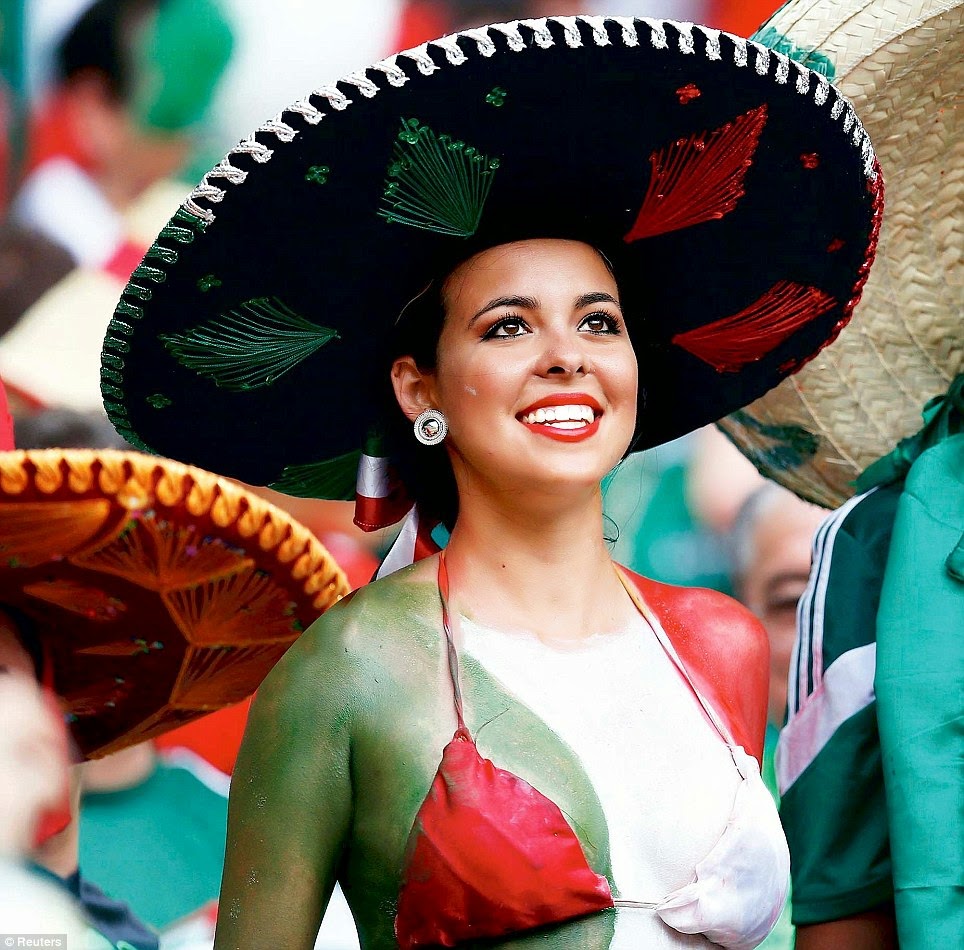 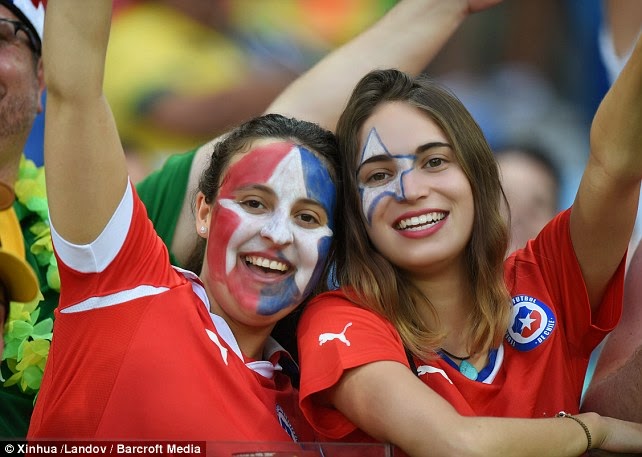 Earrings, face paint and a rather funky pairs of fuzzy antlers complete this decidedly pro-Netherlands get up 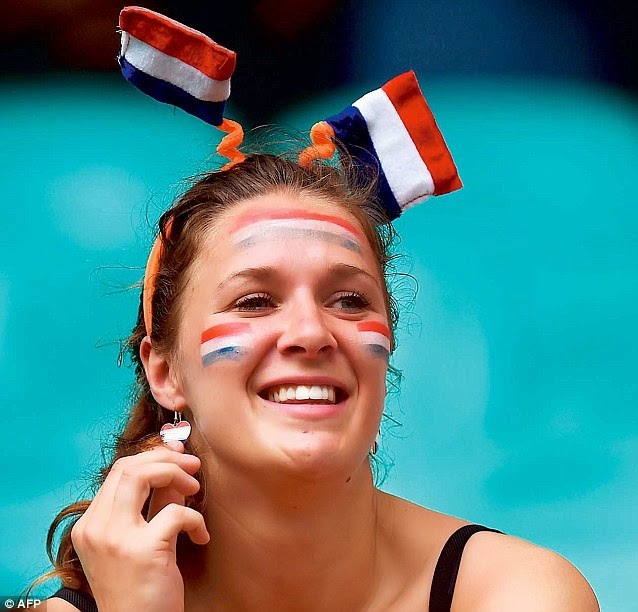 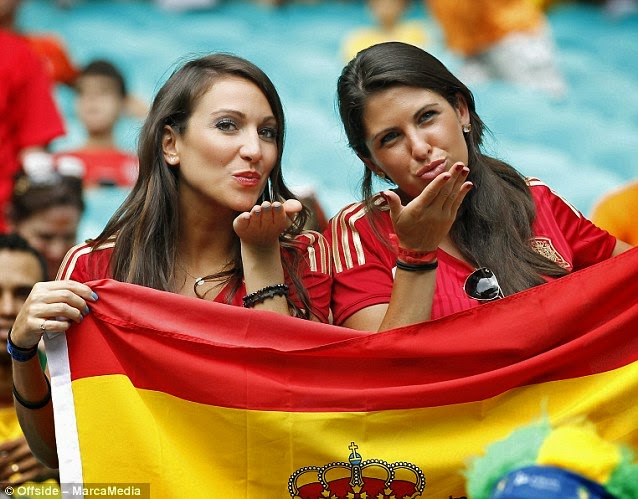 A Costa Rica fan shows off her patriotic side before the South American team's encounter with Italy - a game they won 1-0 on Friday June 20,2014 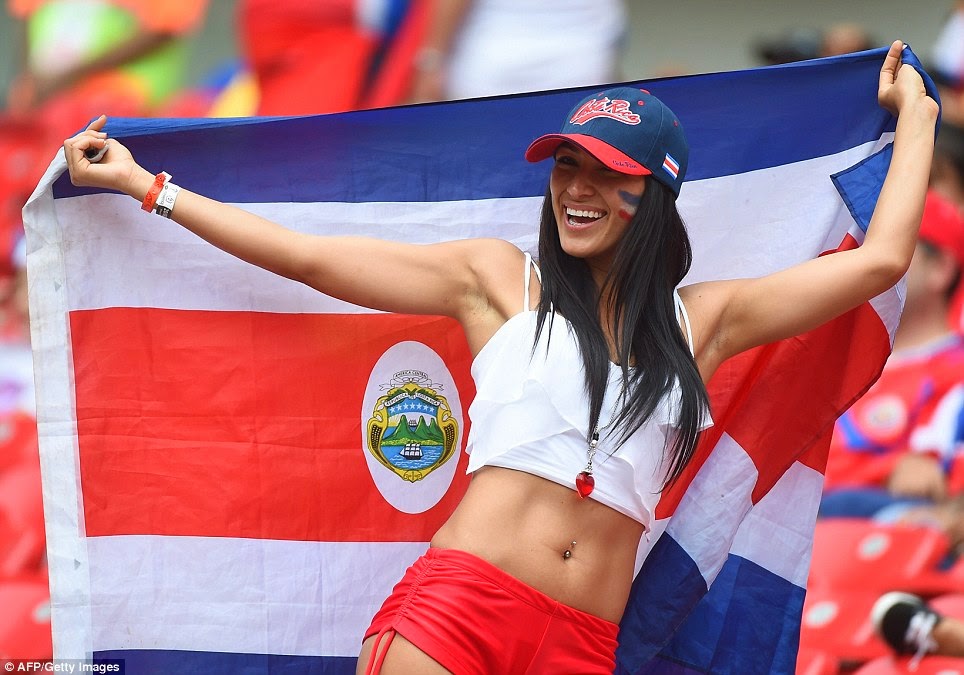 An Italian fan, with her shirt pulled up, claps her hands in the heat at the Pernambuco Arena in Recife in the match against Costa Rica on Friday June 20,2014 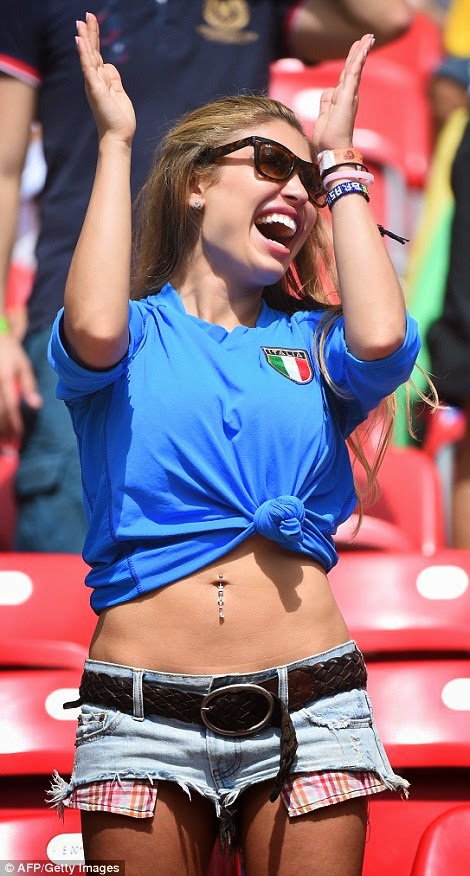 Two Italian fans show contrasting emotions before (left) and after (right) their loss to Costa Rica in the Group D encounter on Friday June 20,2014 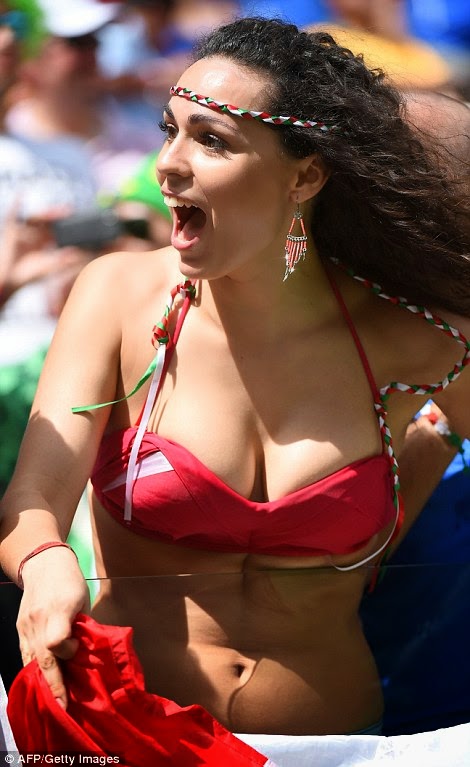 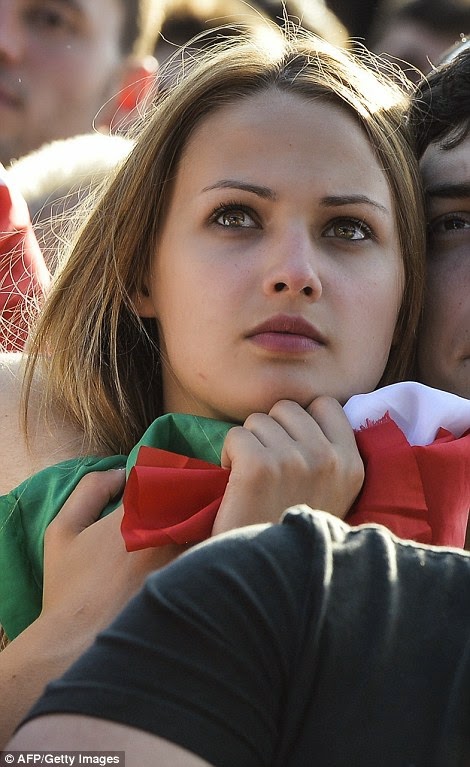 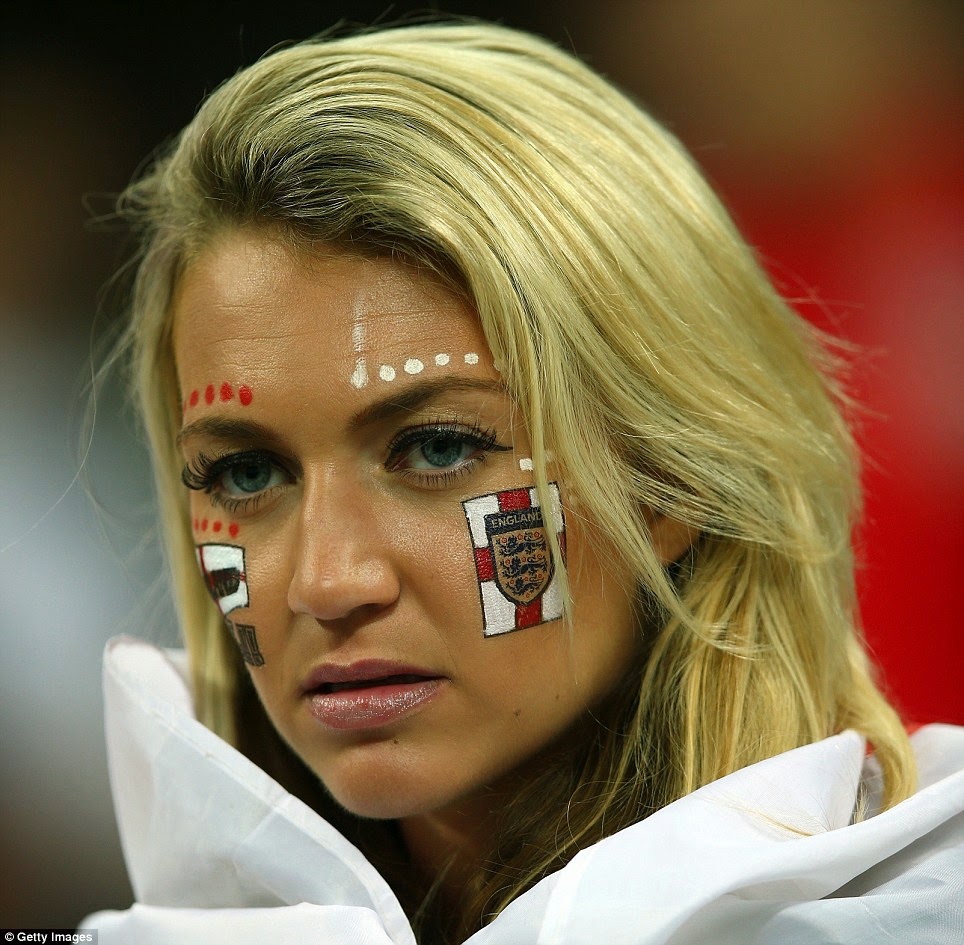 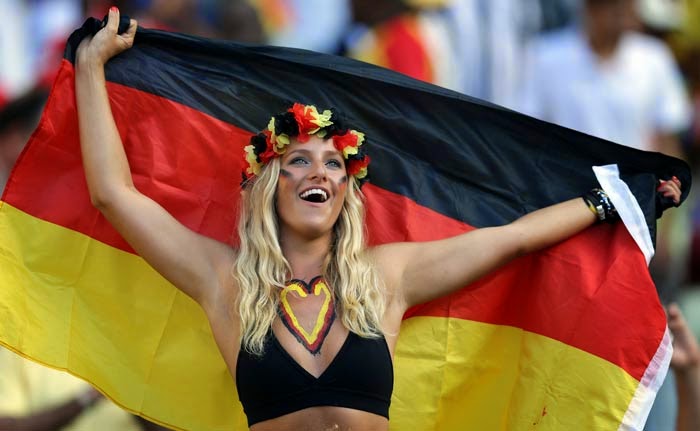